Vasari Corridor is an overhead passageway located in Florence, Italy, connecting the famous Uffizi Gallery to the Pitti Palace. Starting at the south of Palazzo Vecchio, the corridor joins the Uffizi Gallery, then heads towards the River Arno following it up to Ponte Vecchio where it crosses the river.  At present, the corridor serves as a small museum separated from the Uffizi Gallery. Designed by Giorgio Vasari, the corridor was built in five months following orders by Duke Cosimo I de’ Medici in 1565. It was constructed in connection with the wedding of Cosimo’s son Francesco I de’ Medici with Johanna of Austria. The purpose behind the construction of the corridor was to create an elevated enclosed passageway for the Grand Duke so that he could move freely and safely between his place of dwelling and the government palace.

The meat market of Ponte Vecchio was shifted to avoid unpleasant odor from reaching into the passage and was replaced with the goldsmith shops which still occupy the place. Several medieval towers falling along the way of the passage was demolished barring the Mannelli’s Tower, as the Mannelli family steadfastly opposed the corridor passing through their home, eventually forcing the corridor to pass around the Mannelli’s Tower.

The one-kilometer passageway served for at least two hundred years as a passage back and forth between the Duke’s residence and the government palace.

The corridor features a series of windows facing the Arno River which provides a panoramic view of the river. In 1939, Benito Mussolini ordered the replacement of the original smaller windows by larger ones. After the Ponte Vecchio, the corridor passes through the interior of the church of Santa Felicita. At that point, it had a balcony supported by a thick railing with a view into the interior of the church to allow the Duke family to perform services without joining the populace.

In addition to the splendid view of the city from its windows, the passageway houses more than thousand paintings and self-portraits by famous painters dating from the 16th to the 20th century. 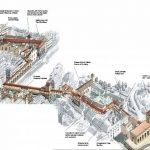 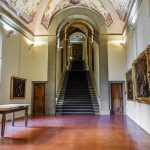 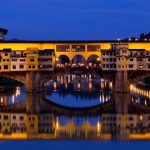 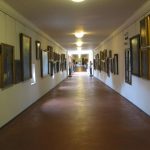 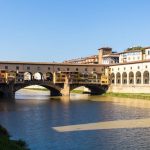 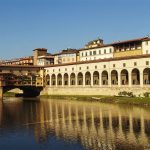 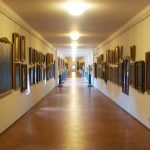 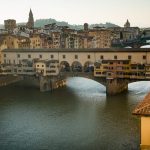 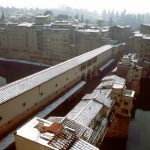 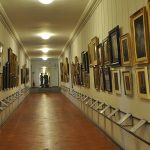 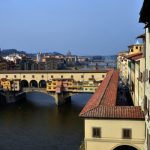 In 1993, a bomb explosion commissioned by the Italian mafia damaged the area nearest to the Uffizi entrance. The corridor’s Uffizi gallery section suffered damages, and numerous artworks in the corridor were destroyed. In order to serve as a reminder of the event, the damaged paintings were pieced back together and placed in the original places.

Bombings during the Second World War also damaged some parts of the corridor.