Santa Maria delle Grazie is an architectural splendor located in Milan, northern Italy. It is a church complex and a Dominican convent renowned for Leonardo da Vinci’s acclaimed work, “The Last Supper” which is housed in the convent’s refectory. The Duke of Milan, Francesco I Sforza gave orders to build the convent and a church at the site where a chapel dedicated to St Mary of the Graces stood. Construction began in 1463 under Guiniforte Solari, who was the chief architect, entrusted with planning and direction. The convent was completed by 1469 and the church in 1482. Duke Ludovico Sforza rebuilt the apse and the cloister to use the church as a burial site for the Sforza family. Beatrice, wife of Ludovico, was laid to rest in the church in 1497.

Much of the additions and changes in the complex took place under Donato Bramante who was at the helm of the Duchy during that period. The apses were designed, and an exalted cupola was built with a border of columns. The cloister was further designed, and a refectory was added.

There are seven square chapels devoted to the Virgin of Graces, barring the last one, on the sides of the church. The Chapel of Santa Caterina houses sculptures by Antonello da Messina while both the Chapels of the Adoring Virgin and the Holy Crown contain frescoes by Gaudenzio Ferrari. The church also boasts frescoes by Bernardo Zenale representing Resurrection and Passion.

The northern side of the church contains the ancient Chapel delle Grazie, rooms of the Chapter House and a library whereas the southern side is occupied by the refectory which houses the Leonardo da Vinci’s fresco, and “The Crucifixion,” one of the most notable works by the Milanese painter Donato da Montorfano. 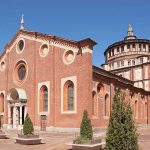 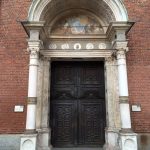 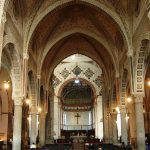 Inside of Santa Maria delle Grazie 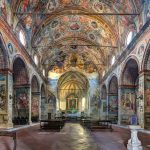 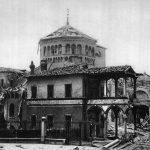 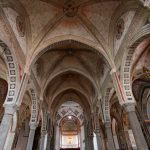 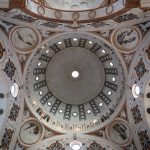 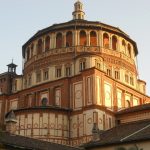 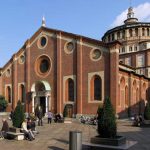 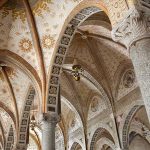 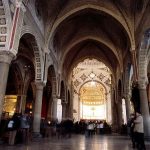 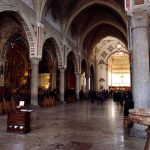 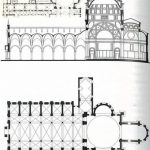 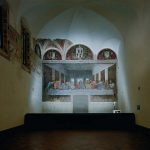 The convent and the church were hit by bombs during the Second World War which damaged much of the refectory. Some walls escaped damage including the wall that holds the masterpiece of Leonardo da Vinci’s “The Last Supper,” as sandbags were used to protect the painting.

Presently, the Old Sacristy, built by Donato Bramante is the hub of cultural activities where conferences on various themes, musical concerts, and art exhibitions are held.