The Bourbon Tunnel or Tunnel Borbonico, located in Naples, Italy, is one of the most fascinating ancient underground passages built for military purposes. Descending to a depth of 30 m into the interiors of Monte Echia, the tunnel takes you hundreds of years back to the history of Naples. Being fearful of the rebellious people of Naples, King Ferdinand II officially charged Errico Alvino to build a tunnel that would connect the Royal Palace to Via Morelli. It was planned that the underground labyrinth would be constructed by boring underneath the Pizzofalcone hill (Mt. Echia) and it would reach the San Ferdinando district, connecting to Carmignano aqueduct, as well as other aqueducts and underground tunnels.

The need to construct an underground passageway was felt by the monarchy, as the Viceroy of Naples had nearly been held captive in the Royal Palace in 1647. Luckily, he was able to escape the angry mob during Masaniello’s revolt. Therefore, it was thought that the Bourbon Tunnel could serve as the escape route for the members of the royal family. 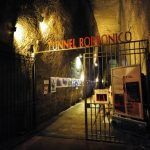 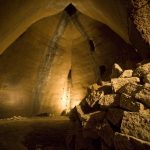 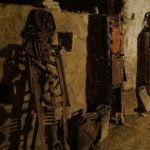 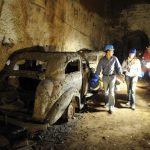 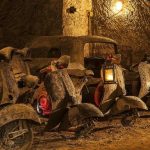 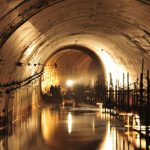 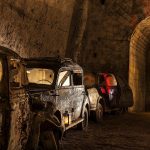 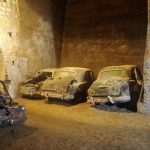 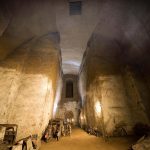 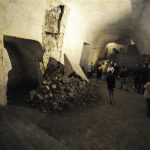 Inside of Bourbon Tunnel

The tunnel was never completed because its construction was halted two years after its commencement due to the decline of the Bourbon dynasty. During World War II, the cavern served as a shelter and hospital, protecting from air raids and giving aid to the Neapolitans.

The tunnel can now be visited only by guided tours that allow you to view the bomb shelters, water tanks, statues, and the remnants of WWII. Moreover, there are several motorcycles and vehicles of the 50s and 60s that can be seen during the tours.