The historic centre in Santiago de Queretaro, the capital city of Queretaro state in central Mexico, has been recognized by UNESCO as the Historic Monuments Zone of Queretaro. The layout of this colonial town symbolizes the multi-ethnic population that inhabited the region. Having a large assortment of 17th-18th century buildings and monuments, the historic centre has preserved the geometric patterns of the streets along with the twisted and bent pathways of the Indian localities. The inhabitants including the Spanish, the Chichimeca, the Tarasco, and the Otomi lived together peacefully. The gigantic aqueduct, containing seventy five arches, is the most important monument of the city. Each of the arches is twenty three meters high and twenty meters wide. Built during 1726-1738, the aqueduct brought water to the locals from La Canada.

The Church, situated at the heart of city, was built during the early 18th century. Today, only the church and the cloister exist at the site. The main altar, which was a Baroque design, has been replaced by a Neoclassic design. The façade has a portrayal of Saint James battling against the Moors.

Consisting of Indian laurel trees and surrounded by colonial mansions as well as outdoor restaurants, the Plaza de Armas or Plaza de Independencia is the oldest area of the city. The characteristic cobblestone streets are named as Callejon del Ciego and La Calle de Bimbo. To honor the maker of the aqueduct, Juan Antonio de Urrutia y Arana, a fountain was set up in the centre of the plaza. Although the plaza is home to Ecala House and Libertad Gallery, the most popular monument is Palacio de la Corregiadora.

Built during the 18th century, the museum building is a notable work of art exhibiting Baroque architecture. The façade has a representation of crucified Jesus surrounded by grapevines, while the openings of the main portal consist of images of Saint Monica, Our Lady of Sorrows, Saint Joseph, and others. The inner courtyard is surrounded with beautifully decorated columns and arches.

Originally known as Teatro Iturbide, the Theatre of the Republic was constructed during 1845-1852. This is the place where Maximiliano I, Tomas Mejia, and Miguel Miramon were court-martialed, as also the enactment of Constitution of 1917 had taken place. 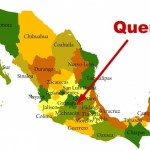 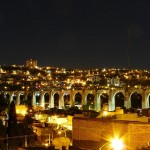 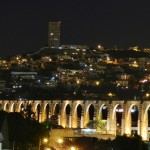 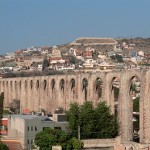 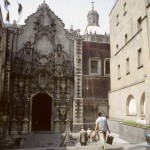 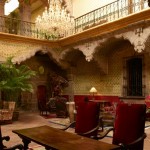 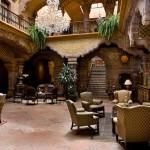 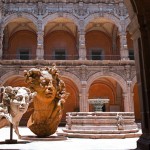 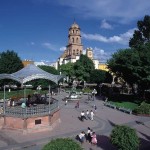 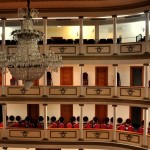 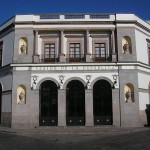 The city is still home to numerous colonial mansions, including the Zacatecana House that has been turned into a museum and the Marquesa House, which has now been converted into a hotel.