The harbor town of Campeche, situated in the Mexican state of Campeche, has Baroque colonial architecture exhibiting a checkerboard street plan with its historic center being surrounded by defensive walls. The fortification system is a fine example of the 17-18th-century military architecture. It constitutes a general Spanish defensive system established to protect the major Caribbean ports from buccaneers and pirates. Founded by Francisco Montejo El Mozo in 1540, Campeche was located to the south-west of Ah Kin Pech, a Mayan region that was occupied by the Spanish rulers from 1517. Due to its military and commercial importance, Campeche became the second largest town in the Gulf of Mexico. In the early 18th century, it was encompassed by a hexagonal wall that was 6-8 m high, 2.5 m thick, and had a perimeter of more than 2,500 m, with eight bastions located on the corners. A fine theater, balancing the urban structure, was constructed in the nineteenth century. 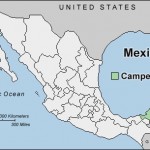 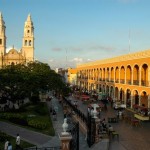 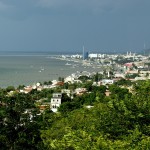 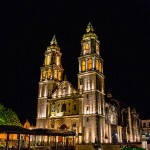 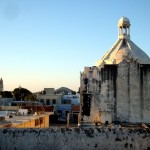 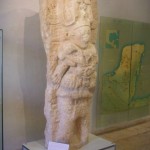 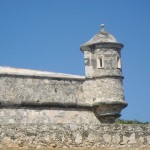 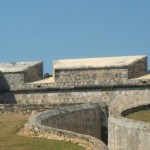 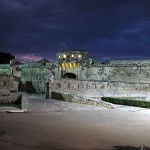 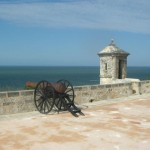 Canon at Fort of San Miguel 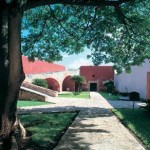 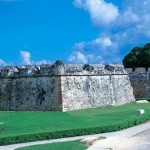 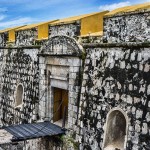 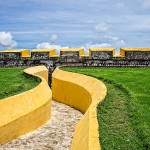 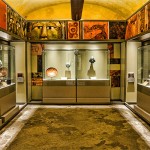 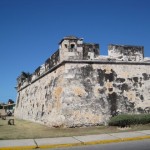 Occupying an area of 41,527 sq ft (3,858 sq. m), it served as the headquarters of President Santa Anna during the 17th century. At present, the fort has a hydraulic system.