Xochicalco, a well-preserved pre-Columbian archaeological site, is located in the Miacatlan Municipality in the state of Morelos in Mexico. The architectural style, as well as the symbols or visual images, show similarities with the Matlatzinca culture, Teotihuacan, and the Maya area. The entire city was constructed on several natural hills, of which the highest peaks comprised many public buildings. The settlement at Xochicalco reached its culmination after the decline of Teotihuacan empire during the 7th-8th centuries. The Olmeca-Xicallanca, a group of Mayan traders from Campeche, founded Xochicalco in 650 AD. The site gave them excellent opportunity to connect with the major trade routes in Mesoamerica. With 10,000-15,000 inhabitants, the city was a fortressed center of commercial and religious importance. However, the poor conditions for farming in the area imply that it was possibly built for trading and defense purposes. The city was probably burned in 900 AD.

It is a modified cave allowing you to study the motion of the sun. Covered with stucco, the cave is painted in red, yellow, and black. At the top, the cave is hexagonal in shape and features a chimney with a height of 8.7 meters. The slightly sloped chimney allows the rays of the sun to be projected on the cave’s floor. During the 105 days, starting from April 30 to August 15, the sun radiates light into the cave. The sun’s image can be observed on the floor when the light directly enters the chimney on May 14/15 and July 28/29.

Temple of the Feathered Serpent

The temple has excellent depictions of the Feathered Serpent, exhibiting a style that includes a combination of Maya and Teotihuacan art. The pyramid’s high taluds show relief carvings, which represent many seated figures as well as towns that paid respect to Xochicalco. 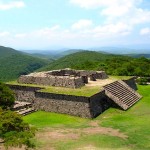 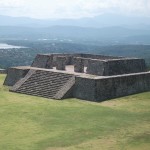 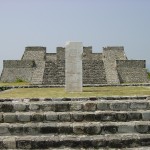 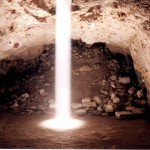 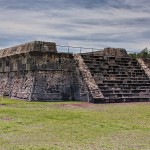 Temple of the Feathered Serpent 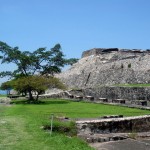 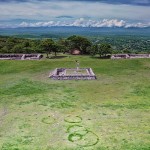 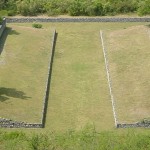 The site has several other historic structures including the three ballcourts, numerous palaces, sweat-baths, a succession of circular altars, and some step-pyramid temples.