The town and municipality of Tlacotalpan, located in the state of Veracruz in Mexico, is a colonial river port established in the 16th century. The original checkerboard urban plan along with the colonnaded houses in different colors and styles, wide streets, and several mature trees in private gardens and open spaces, has been well-preserved. The existing grid pattern is made of 153 blocks divided into a large ‘Spanish’ quarter and a smaller ‘native’ quarter. Not much is known about the town’s pre-Hispanic history, except that, the Totonacs were its original inhabitants. In the twelfth century, they were replaced by the Toltecs, and finally the Aztecs started expanding their control in the region in 1461. The Spanish started colonizing the area slowly in 1544 and by 1777, the number of Spanish inhabitants reached 320. The city was forced to move to its present location when the Papaloapan river flooded in 1714. It was also damaged when three major fires broke out in the 17th and 18th centuries. This forced the authorities to rebuild the town with tiled roofs and stone walls.

The town’s main square, located slightly away from the riverfront, is constructed of white marble and surrounded by palm trees. A 19th-century kiosk, created by Francisco Sanchez Teran, lies in the center.

Sanctuary of Our Lady of Candlemas

This 18th-century church, located on the northern side of the plaza, was constructed out of stones under the supervision of Juan de Medina. The church houses an image of Virgin Mary and hosts the main annual celebration of the town.

Constructed in 1849, the Neoclassical church has an old clock in the tower. A major attraction is a representation of Our Lady of Guadalupe, which is located in the main altarpiece, intricately carved from wood. 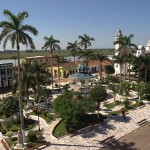 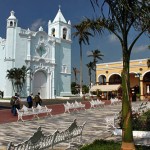 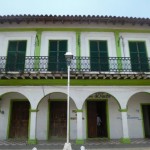 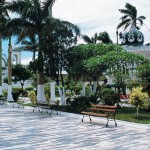 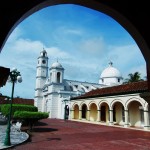 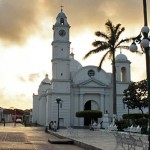 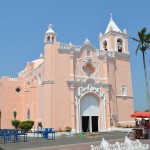 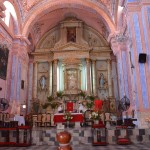 Sanctuary of Our Lady of Candlemas

This museum, located on the eastern side of the Plaza Zaragoza on Gonzalo Aguirre Beltran Street, is a popular cultural center constructed in honor of the great poet and songwriter Agustin Lara. It has a rich collection of objects and photographs of Lara, and of other well-known artists like Alberto Fuster, Salvador Ferrando, and Eric Arana.