The fortified city of San Miguel de Allende, founded in the mid-16th century for the protection of the Silver Route (Royal Inland Road), has a large assortment of 18th century buildings featuring the Mexican Baroque architecture. Located in the state of Guanajuato, the town with its Baroque/Neoclassical structures as well as the nearby Jesuit sanctuary is an outstanding example of the exchange of cultures between the Latin Americans and the Europeans. Right from the beginning of the 16th century, the Spaniards started establishing a system of roads linking different mining centers with the important towns of New Spain. San Miguel, located in the Bajio region, is known for its pleasant climate, natural resources, and fertile soils. All these aspects, since the time of Spanish colonization, led to the development of agriculture, mining, cattle breeding, and commerce. This symbolic 17th-century church with its two tall towers has a magnificent façade constructed in the Neo-gothic style. The current façade was built by an indigenous bricklayer, Zeferino Gutierrez, in 1880. The small atrium in front of the façade is protected by an iron fence.

This art institution, also known as the Escuela de Bellas Artes, is located within the earlier Hermanas de la Concepcion convent, which along with the other adjoining churches was established in 1775. The convent was shut in the 19th century but was reopened in 1938 when the art institution was established.

The former residence of Ignacio Allende, the protagonist in the Mexican War of Independence, has now been converted into a regional museum that houses objects related to the history of this town. Constructed in 1759 beside the San Miguel church, this structure has Neoclassical and Baroque elements. 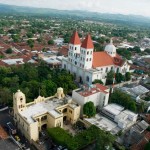 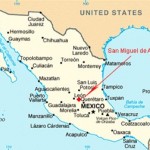 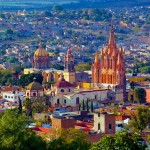 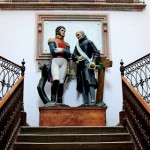 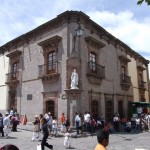 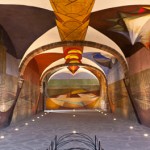 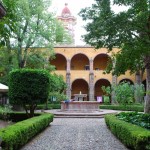 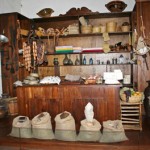 Inside of Casa de Allende Museum 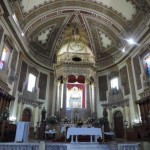 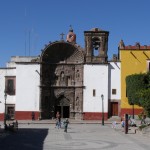 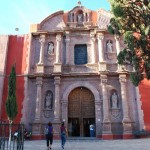 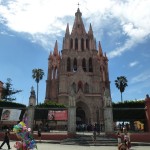 Constructed during the 18th century by Felipe Neri, this church has a main portal in Churrigueresque style and a seashell-shaped large crest. The first of its two levels has niches with statues of John the Evangelist and the Sacred Heart while its arch is flanked by the pilasters.

This 18th-century church, constructed by Juan Antonio Perez Espinosa, has a façade made of pink sandstone displaying extensive vegetative ornamentation. The interior features plenty of paintings by the Mexican painter Miguel Cabrera.