The historic town of Zacatecas is a municipality and capital city of the Mexican state of Zacatecas, located between the El Grillo and La Bufa hills. Zacatecas was one of the most significant mining centers of New Spain as well as the hub of cultural expansion, evangelization, and colonization. The visual appearance of Zacatecas has the characteristic beauty of the valley in which the town is situated. Founded in 1548 after a rich silver deposit of San Bernabe was discovered, the historic town of Zacatecas flourished during the 16th-17th centuries. The historic town was established at the southern part of the mining region and centered on the San Augustin quarter. By 1550, the town exhibited extensive silver mining activities with 34 mines in use. Zacatecas was the economic hub for the region, consisting of a system of agricultural estates, villages, and forte for supply and defence.

The Cathedral, located to the south of the city’s main plaza, has a sculpted façade of pink stone with the current structure opened to worship in 1752. The current cathedral exhibiting Mexican Churrigueresque architecture was constructed in 1745 after the first and second churches were in ruins. The eighty-five meters high Cathedral, built of pink sandstone features three naves that have three main portals.

The Plaza de Armas is the main square in Zacatecas, surrounded by important buildings like the Cathedral, the State Congress, and others. The 18th century structure in which the Count de la Laguna lived has now been converted into the State Government Palace, an important building lining the main plaza.

Constructed in 1889, the market has still preserved its basic façade. This traditional market has now been renovated into a shopping mall with stores specializing in regional sweets, Huichol needlework, charreada gear, antiques, Zacatecas wine, leather, silver, and crafts. 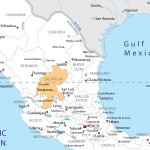 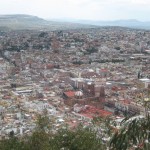 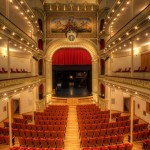 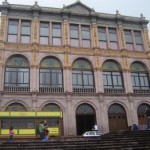 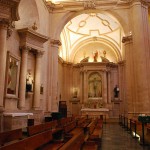 Inside of Zacatecas Cathedral 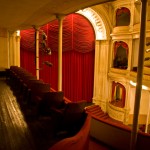 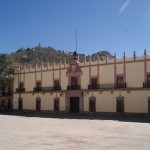 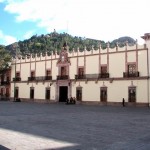 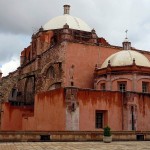 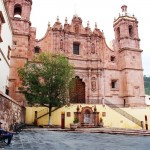 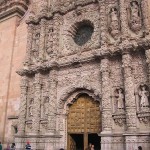 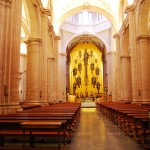 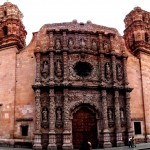 This theater was constructed as a replacement for the theater that was burned in the 1880s. Since then, it has been operational, having hosted several notable performers.