Located in the central Mexican state of Michoacán near the Morelia-Querendaro valley, Morelia is the capital city of the state, exhibiting exceptional urban planning that blends the architectural designs of Renaissance and Mesoamerican experience. With over 200 historic monuments in the characteristic pink stone, Morelia truly has a rich architectural history with a masterly combination of Baroque, Renaissance, and neoclassical elements. The city’s major axes, gardens, and numerous urban squares including the Zocalo Plaza, all create outstanding vistas together with the surrounding hills. Constructed in accordance with a “checkerboard” plan during the 16th century, the city was the place of birth of several notable personalities associated with the country’s history. After becoming New Spain’s first viceroy in 1535, Antonio de Mendoza was entrusted the authority to manage the provincial capital of Morelia, which was renamed Valladolid. Established in 1540, the oldest Mexican educational institution of St. Nicholas Obispo was transferred from Patzcuaro to Valladolid. During the 17th-18th centuries, the town flourished both economically and culturally.

Among the most notable plazas in the historic centre, Plaza de Armas is the largest. Designed during the 16th century, the plaza has been remodeled many times since then. With alternate names like Plaza de los Martires, de la Republica, de la Constitucion, the Plaza de Armas is dedicated to Guadalupe el Salto, Mariano Matamoros, and other martyrs of the War of Independence who were put to death here.

Originally, the Cathedral was located in Patzcuaro in the Basilica of Nuestra Senora de la Salud, but in 1580, it was moved to Valladolid. The new Cathedral’s first stone was laid by Bishop Ramirez del Prado in 1660. Unlike other colonial period churches, this cathedral does not face west. Since it is devoted to Jesus’ Transfiguration, the Cathedral is also unique. Though the Morelia Cathedral was not yet completed, it was sanctified in 1705.

The Casa de la Cultura houses the State Secretary of Culture as well as the Michoacán Institute of Culture and is located in the former Nuestra Senora del Carmen Descalzo monastery. Although construction of the church was finished in 1619, monastery constructions continued until the 17th century. In the 1940s, the church was restored from its poor conditions. 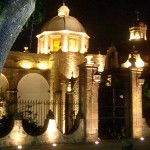 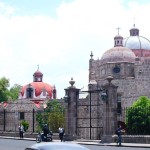 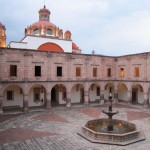 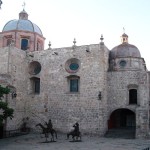 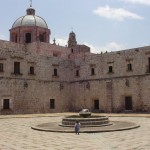 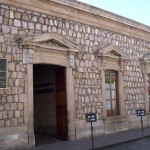 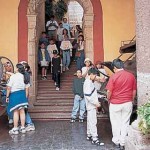 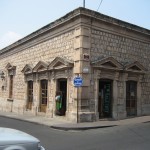 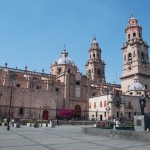 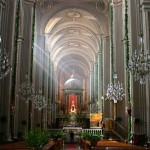 Inside of Morelia Cathedral 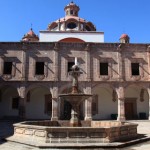 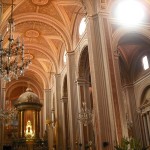 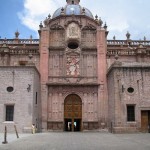 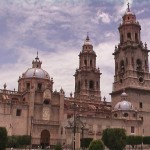 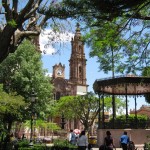 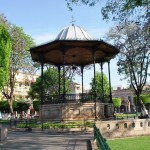 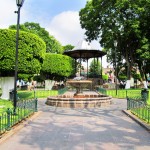 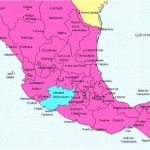 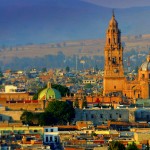 This large mansion, featuring a Baroque interior as well as a Neoclassic façade, is the birthplace of Jose Maria Morelos y Pavon. In 1964, the building was converted into a museum displaying belongings and documents of Morelos.