The pre-Columbian archaeological site of El Tajín is located in the Mexican state of Veracruz. The site has great Mesoamerican archaeological significance, as it is one of the most thoroughly excavated and the best-preserved pre-Hispanic cities from the Classic era. The paintings and ruins discovered at the archaeological site provide useful information on the daily life of people, including their rituals and society during the time after the decline of Teotihuacan empire. Although it was previously believed that the pre-Hispanic town was inhabited in three different phases during 100 BC-1200 AD, recent research suggests that El Tajín was occupied only in one phase during 800-1200 AD. The El Tajín settlement is contemporary with Mayan settlements like Chichen Itza and Uxmal as well as settlements on central plateau like Tula and Xochicalco. After 1200 AD, the mighty Mexico-Tenochtitlan kingdom took control of the region, causing abandonment and destruction of the site.

The Pyramid of the Niches

Characterized by its unusual design, the Pyramid of the Niches, also known as Temple of the Niches, Pyramid of the Seven Stories, and Pyramid of Papantla, is the main attraction of the site. The seven-storied building is built of carefully crafted flagstones, with each of the stories consisting of vertical walls called tableros and sloping base walls known as taluds. The pyramid has decorative niches capped by a triangular extension known as the “flying cornice”. The large tablets recovered from the pyramid depict a ruler in the form of a deity, involved in different mythological or ritual scenes. The frets, called xicalcoliuhqui embellish the sides of the staircase leading to the temple.

Built by three large flagstone layers, this ballcourt features an ornamental fresco and six carved panels depicting ritual scenes. The four panels at the end depict scenes related to the ball game ritual. The panels at the centre symbolize the gods performing their own ritual or responding to the entreaties of people.

This ballcourt features vertical sculpted walls along with sculpted panels depicting how the game was played, complete with sacrifice, ceremonies, and the gods’ response. 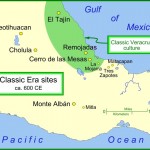 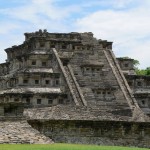 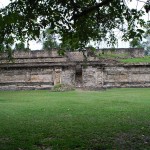 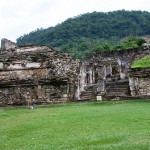 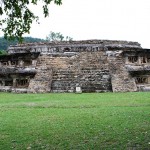 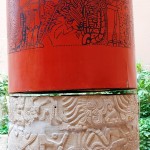 Building of the Columns 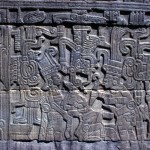 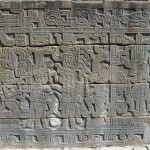 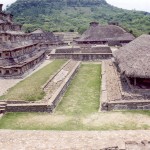 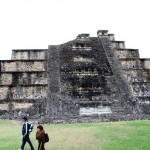 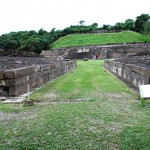 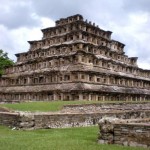 Pyramid of the Niches Pictures 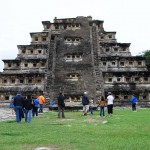 Pyramid of the Niches 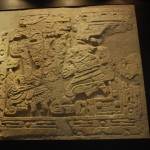 Tablet 27 Inside Pyramid of the Niches 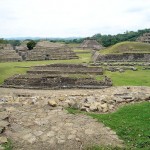 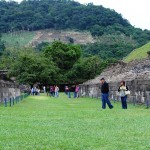 As a multilevel section of the site, Tajin Chico is an immense complex consisting of several palaces and civil structures.