The Topkapi Palace is one of the most popular tourist attraction sites in the world andthe biggest in Istanbul. It is also known as ‘Topkapu Sarayi’ or ‘Seraglio’ in Ottoman Turkish language. It was built during the reign of Sultan Mehmed II, between 1466 and 1478 atop a hill in a small peninsula between Sea of Marmara, Bosphorus,and the Golden Horn. After achieving a magnificent victory in 1453 of Constantinople province, Mehmed II ordered the construction of the Topkapi Palace on the top of ancient Byzantine ruins and in the meanwhile he stayed over a smaller Palace, which is now popularly known asthe Istanbul University. The population strength of the Palace gradually increased from 800 residents to 5000 residents in just 400 years and every Sultan had contributed a different section or hall to meet the requirements.

The first thing that would appear while entering is the Imperial Gate. Passing through it, you will enter the first courtyard also known as the ‘Courtyard of Regiments.’ The uniqueness of the gate lies in the fact that only the Sultan could cross this gate on a horse while everybody else had to be on their feet.

The Second gate is called the ‘Gate of Salutation’ as every passer had to salute the Sultan before going through it. Do not forget to observe two tall, magnificent guard towers on either side of the path. After crossing the Second Courtyard, third and final gate, also known as ‘Gate of Felicitation’ will appear. It is the last hurdle to the Throne Room, where the Sultan used to felicitate important events.

Some important documents and manuscripts pertaining to Ottoman and Islamic history are available in the Library of Sultan Ahmed III. Research scholars have the opportunity to explore the world of the Sultan and Islam.

The literal meaning of the word ‘Harem’ is ‘forbidden’ in Arabic. It was a complex of beautiful and lavish apartments dedicated to the wives, concubines, and children of the sultan. There were strict rules and regulations for the Harem, trespassing was restricted beyond the gates except for the Sultan, the Queen Mother, the wives and concubines along with the princes, and the eunuchs or the black guards.

The architectural design of Harem is simply jaw dropping.Some excellent work of art and craft could be witnessed including the Domed Cupboard Chamber, Hall of Ablution Fountain, Courtyard of Eunuchs and Queen Mother, Imperial Hall, Privy Chambers of Murat III, Ahmed I and III and many more. 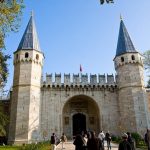 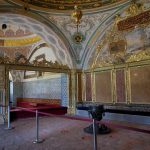 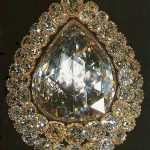 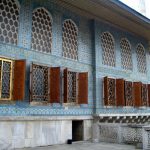 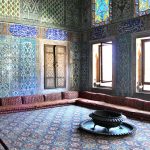 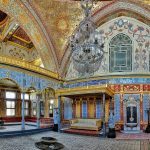 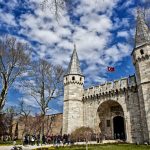 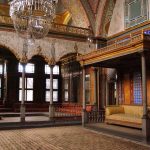 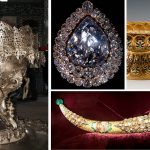 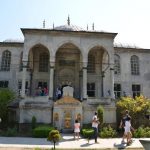 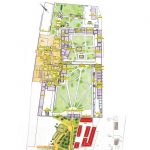 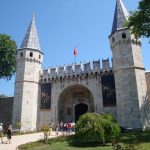 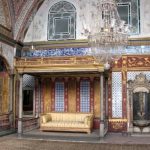 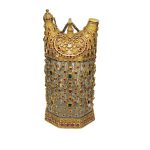 The palace was transformed into a Museum by a Government decree dated April3, 1924 following the end of the Ottoman Empire. The Ministry of Culture and Tourism administers the Palace Museum and offers access to selective rooms or chambers to the public.

The most spectacular jewelryat the Imperial Treasury in the Museum is the 86 carats pear-shaped diamond, whichis considered the fourth largest of its kind. It is set in silver and surrounded by a double row of 49 Old-mine cut diamonds, hanging on the wall of ‘Conqueror’s Pavilion’.