Arequipa, the capital of the Arequipa Region located in southwestern Peru, is surrounded by three volcanic cones that overlook the city’s skyline. Arequipa also called The White City is home to some intricately designed baroque buildings made from volcanic sillar stones. The historic centre, spanning 332 hectares, features an impressive combination of native and European architectural style illustrated by the courtyards, archways, vaults, walls, and baroque facades. The city was founded by a Spanish lieutenant Garci Manuel de Carbajal in 1540. Its topography was greatly influenced by the pre-Hispanic communities who intensively practised farming in the valley. It is believed that several major earthquakes during the 16th century caused the architectural development in Arequipa with the introduction of sillar in the construction of dwellings, churches, and other important buildings.

The developmental change can be divided into five stages – the site’s establishment as a village during 1540-1582, use of Baroque design during 1582-1784, Rococo architecture and neoclassicism during 1784-1868, empiricism and neoclassical style during 1868-1960, and modern design. Probably the most attractive plaza in Peru, the Plaza de Armas has a beautiful fountain located in its center with the effigy of “Tuturutu”. The main square is surrounded by important buildings like the Cathedral, the City Hall, and the Iglesia de La Compania.

The 17th-century cathedral, located in the main square, is one of the most important religious buildings in Peru. This neoclassical monument, made of sillar, contains several invaluable objects including a 15 m Belgian Pipe Organ and a church podium imported from France.

It is a beautiful 17th-century monument consisting of a complex of religious and residential buildings set up by the Jesuits. At the heart of the church complex, there is a temple that houses paintings by eminent Cuzco School artists like Diego de la Puente and Bernardo Bitti.

This spectacular citadel with a total area of 20,000 sq m is a representation of the architectural styles dating back to the 16th-19th centuries. The beautiful monastery, founded in 1579, was later expanded to contain cobblestone paving, tiled roofs, plazas, streets, and cloisters. The enclosed cloisters were also devoted for the nuns from distinguished families in the city.

The church with its polygonal tower was constructed in 1649 using beautifully carved stones. It underwent major reconstructions after it was destroyed by two earthquakes in 1958 and 1960. It has a bell tower, an atrium with a pedestal at the corner, and a choir with a remarkable arch. The feature of the main altar is a statue of the Cristo Crucificado, which is regarded as one of the most impressive figurines in the temple.

The complex building contains the convent, the Franciscan church, a minor temple, as well as a plaza. The main altar’s silver façade and the Baroque pulpit are some of the notable features of the church.

Constructed in Mestizo Baroque style, the 16th-century church has one of the finest facades that were constructed in the 18th century. The neoclassical altars, the dome, and the gold-leaf embellishments on the main altar are the noteworthy characteristics of the temple. 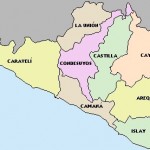 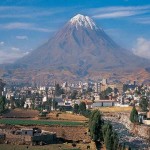 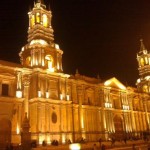 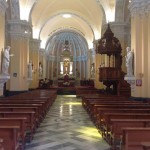 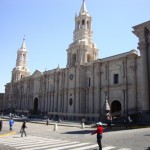 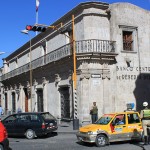 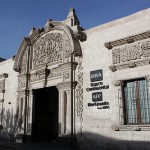 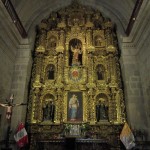 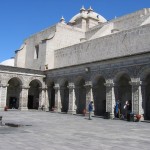 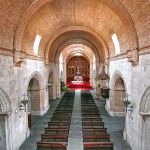 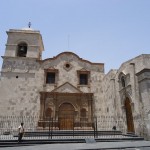 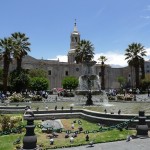 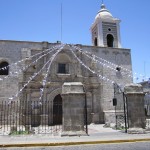 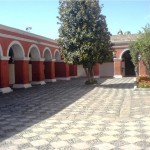 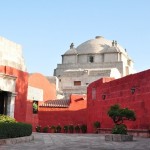 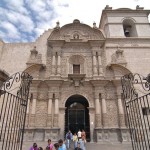 The 17th-century palace, situated on the La Merced Street, is an impressive manorial house built in colonial style. Its doors, windows, patios, and arched ceilings exhibit colonial baroque architecture. Its façade has the shield of Archbishop Jose Sebastian de Goyeneche.

It was constructed in 1738 for Domingo Tristan del Pozo and served as the center for holding the Seminar of San Jeronimo. The mansion features a façade with baroque carvings and some internal patios.