The archaeological site of Chan Chan, located in the La Libertad region in Peru to the west of Trujillo, was once the capital of the Chimu kingdom. This huge Pre-Columbian city is considered a masterpiece with its autonomous units including temples, ceremonial roads, palaces, and citadels, reflecting strict social and political strategy, as well as town planning. With an area of more than fourteen square kilometers, Chan Chan contains architectural units that integrated technical knowledge with sacred and symbolic architecture. Chan Chan was the largest adobe city of the pre-Columbian era located in the productive river valley of Santa Catalina or Moche. The Chimu Empire with its capital city Chan Chan continued to flourish during the Late Intermediate Period until it was captured by the Incas in 1470. King Minchancaman was defeated and was taken in captivity by an Inca Tupac Yupanqui. King Minchancaman’s son Chumun Caur however, ruled the territory of the north that was divided and weakened, in support of the Incas. In 1535, when the city was abandoned the Spanish conquistadores founded the new capital and named it Trujillo. The archaeological site features ten walled citadels that comprise residencies, reservoirs, temples, burial chambers, and ceremonial rooms. The triangular citadels are surrounded by 15-18m tall walls, without any enclosure opening north since the north-facing walls are exposed to maximum sunlight. When the fog is frequent, these walls absorb sunlight and help to block the southwesterly winds coming from the coast. 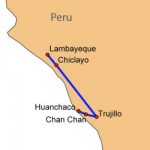 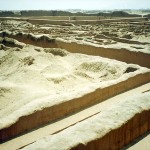 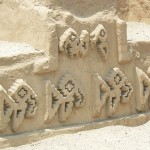 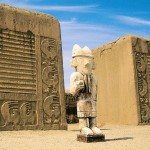 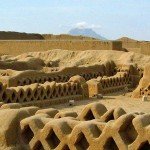 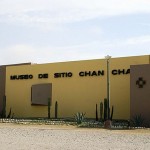 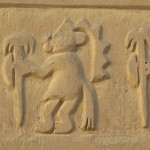 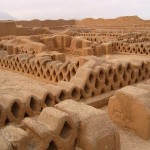 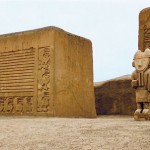 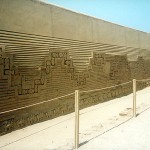 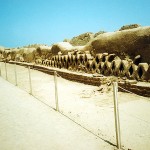 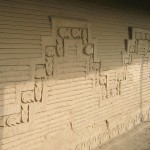 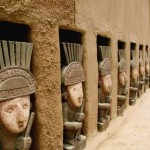 Inside of Chan Chan 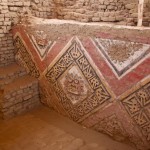 Inside of Trujillo Chan Chan 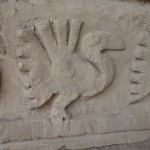 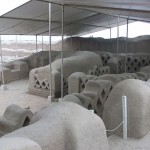 Ruins of the Citadel of Chan Chan

The city has numerous brick walls with intricately carved designs creating a maze of passages. The two styles that were used in carving the designs consisted of a realistic representation and a more stylized, graphic representation of subjects like fish, small mammals, turtles, and crabs.

A large number of water reserves and a network of canals were created for redirecting water from the river to facilitate farming. Prior to the construction of canals, the locals mainly relied on the wells that were around 15 meters deep.