The Convento de San Francisco or the Convent of San Francisco is an important Peruvian monastery that is also a part of the famous Historic Centre in Lima. Apart from being a famous monastery and church it also boasts of its catacombs and the library. The magnificent main portal, the two impressive chapels “La Soledad” and “El Milagro”, and the convent together constitute an outstanding religious complex with Colonial architectural style. The monastery, as well as the church, was declared sacred in 1673 and its construction was completed in 1774. It survived some big earthquakes unscathed including the ones in the late 17th century and the middle 18th century, but it was heavily damaged by the earthquake in 1970. Though the complex initially had seven cloisters, parts of the convent were destroyed when the Avenida Abancay underwent modifications during the 1940s. Some parts were partitioned from the main building for some other uses.

Famous for its Spanish Baroque architecture, the church has granite carved portals and Mudejar-style paintings on the two side naves and the vaults. The beautifully carved wooden head altar and the corridors decorated with glazed tiles are some of the important features of the church.

The well-known library of the convent has 25,000 historic texts. Its collection of books includes the Royal Spanish Academy’s first Spanish dictionary and the 16th-century edition of the Holy Bible printed in Antwerp.

A spectacular Moorish-style dome-like structure made of Nicaraguan cedar can be seen as the ceiling of the staircase on the way to the library. Initially constructed in 1625, the staircase was repaired in 1969. The choir on the second story is carved of cedar wood, having numerous biblical figures.

The convent possesses some of the works of the Spanish painter Francisco de Zurbaran including 13 beautiful paintings depicting the patriarch Jacob with his 12 sons. The painting of the Last Supper surprisingly portrays Peruvian meals rather than the typical European dishes. It is also startling to see the Devil lingering around Judas. 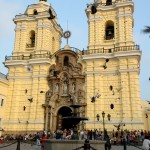 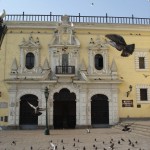 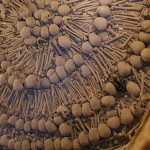 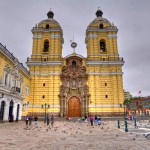 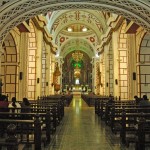 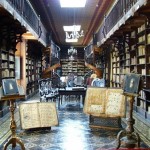 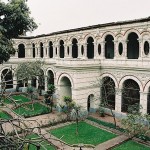 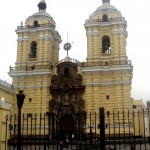 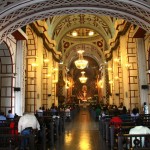 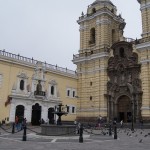 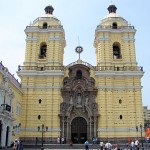 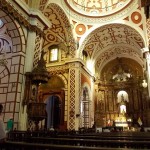 Inside of Convent of San Francisco Lima 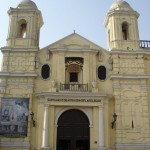 It was used as the place of burial until 1808, consisting of bones and skulls of about 25,000 bodies that were buried there. Despite the big earthquakes, the brick and mortar crypts have remained intact. It is said the Tribunal of the Inquisition and the Cathedral were linked by some secret passageways that existed in the catacombs.