The Arc de Triomphe de l’Etoile (pronunciation: “ahrk duh tree-ohmf duh lay-twahl”) is a well-known commemorative structure in Paris. It is located in the meeting point of a configuration of 12 straight avenues, known as the Place Charles de Gaulle, and towards the western side of the Avenue des Champs-Elysees.

The historical monument was built to pay tribute to the French imperial armies who had battled and perished during the Revolutionary and Napoleonic Wars. It has the names of all the French generals engraved on its surfaces. This triumphal arch is the most important structure of the historical axis (Axe historique), a series of historic buildings and thoroughfares on a path extending from the Louvre courtyard to the Grande Arche. After the victory in the Battle of Austerlitz, the Arc de Triomphe was commissioned by Emperor Napoleon in 1806. While the preliminary works took two years, the construction work was handed to Jean-Nicolas Huyot after the death of Jean Chalgrin in 1811. The construction process was delayed during the existence of Bourbon Restoration following the defeat of Napoleon in 1814. However, it was completed during the rule of Louis Philippe in 1836 under the supervision of Louis-Etienne Hericart de Thury. After its completion, l’Arc de Triomphe has been used as a gathering spot by French armies for victory marches, as also for the Bastille Day Parade ceremony held every year.

The astylar design of Arc de Triomphe is based on the Neoclassical form of the Roman architecture. The main sculptures in the Arc represent the artistic skills and creativity of some of the renowned French sculptors including Francois Rude, Jean-Pierre Cortot, Philippe Joseph Henri Lemaire, and James Pradier.

The attic features the names of the great battles fought during the Napoleonic Wars and the French Revolution. Moreover, the French victories are inscribed under the arches of the Arc de Triomphe’s inner facades. 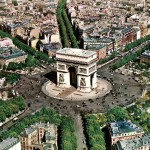 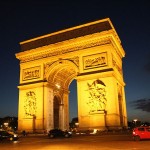 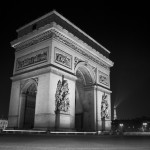 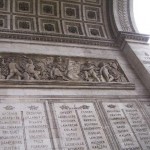 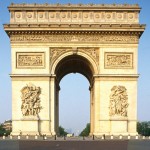 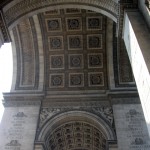 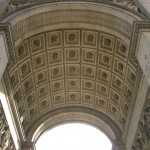 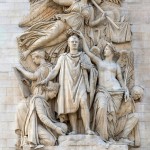 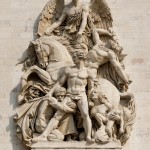 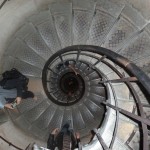 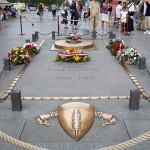 Tomb of the Unknown Soldier

Tomb of the Unknown Soldier

The Tomb of the Unknown Soldier, consisting of the remains of an unknown soldier buried on November 11 (Armistice Day) 1920, is situated below the Arc de Triomphe. It features an eternal flame ignited to honor the dead soldiers of both the First and Second World Wars whose identity were never established.

Inside the Arc de Triomphe, you will find a permanent exhibition that was planned and designed by Christophe Girault (an architect) and Maurice Benayoun (new media artist).