Cyrene was an ancient Greek colony situated near present-day Shahhat, Libya. It was the oldest and most significant city in that region that flourished during the Roman times as well. The classical name of eastern Libya “Cyrenaica” was derived from this settlement that has been retained to modern times.

The city was founded by a group of emigrants from the Greek island of Thera. Their leader Battus I became the king and Cyrene became the principal town in Libya. It reached the pinnacle of glory under its rulers in the 5th century BC and was commercially connected with most of the Greek cities. It became a republic after the 460 BC and after the death of Alexander the great, the Republic went under the Ptolemaic dynasty. General Ophelas ruled the city independently in Ptolemy I’s name until his death. After his death, the governorship of the territory went to his son-in-law Magas. After Magas’ death, the city became part of the Ptolemaic empire administered from Alexandria and in 96 BC it became a Roman territory when the region was bequeathed by Ptolemy Apion to Rome. The territory was converted into a Roman province in 74 BC.

Many Roman sculptures and inscriptions have been excavated at Cyrene. Among them, a headless marble statue, known as the “Venus of Cyrene” symbolizing the goddess Venus, a Roman version of a Greek original was unearthed by Italian soldiers in 1913. The statue was carried to Rome and remained there till 2008, after which it was returned to Libya. Among its many structures, one of the most important is the Temple of Apollo, built in 7th century BC. Other structures include separate temples dedicated to Demeter and Zeus. A large necropolis around 10 km lies between Cyrene and its ancient port of Apollonia. Seventy-six undamaged Roman statues from the 2nd century AD were unearthed by the Italian archaeologists in 2005. It took a long time to discover the artifacts as the earthquake of 375 AD had buried them completely. They had remained hidden under the rubble for 1630 years.

Christianity – Cyrene appearing in the Bible

Christianity has been found to have links with Cyrene and according to synoptic gospels, a native of Cyrene named Simon was forced by the Romans to bear the cross of Jesus when he was led to crucifixion. Cyrene also finds mention in the New Testament.

The decline of Cyrene

According to its early history, Cyrene used to export silphium – a medicinal herb used as an abortifacient and most of Cyrenian coins carried its picture. The herb was harvested to such an extent that it became extinct. This in addition to the commercial competition that the city was facing from other cities like Carthage and Alexandria resulted in the decline of city’s trade. In 262, the city was damaged by an earthquake which destroyed the temple of Demeter and Persephon and also the Library of Celsus. After the calamity, Cyrene was restored by Emperor Claudius Gothicus but, restoration was not proper. Natural calamities with the decline in trade resulted Cyrene’s decline and another damaging earthquake in 365 halted its chances of recovery. By this time, the city was transformed into a vast ruin. And eventually, the city went under Arab rule after the Arab conquest in 643. 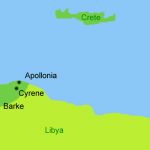 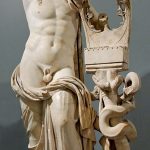 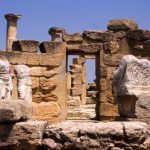 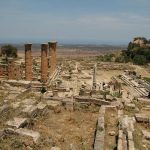 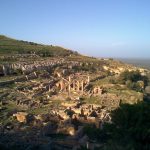 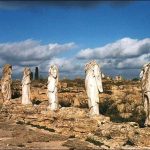 Five of the Nine Muses 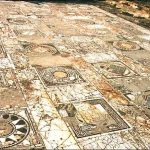 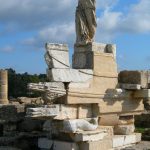 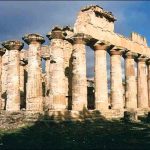 Eratosthenes, the renowned mathematician, was born in this region while many renowned philosophers like Aristippus, who founded the School of Cyrene, were associated with the city. Philosophers like Callimachus and Carneades were also born here.

In May 2011, a burglary took place at the National Commercial Bank in Benghazi, which housed a number of objects excavated from Cyrene in 1917. The objects are still missing.

In August 2013, locals destroyed parts of the UNESCO World Heritage site of Cyrene to build homes and shops. Around 200 vaults and tombs were razed to the ground and also a portion of a viaduct dating back to third century BC. The artifacts were hurled into a nearby river.