The Temple of Dendur is a historic architectural splendor built during the Roman occupation of Egypt. After being commissioned by Emperor Augustus, the Roman Governor Petronius built it in around 15 BC. It was dedicated to goddess Isis and God Osiris and to two brothers Pediese and Pihor, who were deified sons of a local Nubian chief. The temple was displayed in the Metropolitan Museum of Art in New York since 1978. The temple built from sandstone measures 25 meters from the front gate to its rear and stands 8 meters tall. Overlooking the Nile is a 30 meters cult terrace. Reliefs have been used to decorate the temple partly while carvings of papyrus and lotus as if they are growing out of the water of the Nile adorned the base of the temple and symbolized by the depictions of God Hapy. Images of winged sun disk of sky God Horus representing the sky appear above the main gate and also above the entrance to temple proper. Also representing the sky is images of vultures with wings spread appearing on the ceiling of the entrance porch.

Emperor Augustus is depicted as a pharaoh on the outer walls making offerings to the Egyptian Gods Isis, Osiris, and Horus. And similar depictions appear in the first room of the temple where Augustus is shown praying and making offerings whereas the middle room was used for worshipping. In some parts of the temple, the Emperor Augustus is identified as “Caesar”. The 6.55 by 13 meters temple is impressive in design and contains two front columns, a hall meant for offering and a sanctuary with a statue. A crypt was constructed behind the rear wall of the temple. 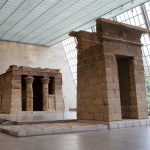 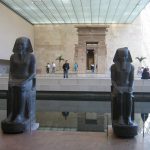 Colossal Statue of Amenhote Temple of Dendur Inside

God’s Wife Tagerem Inside The Temple of Dendur 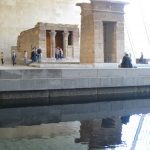 Nile River Temple of Dendur Inside 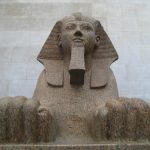 Sphinx of Hatshepsut Inside The Temple of Dendur 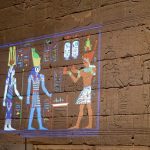 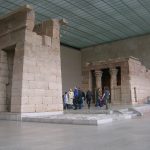 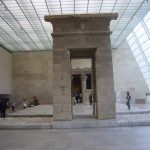 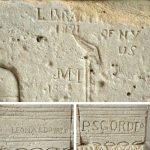 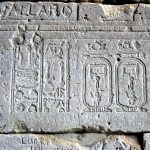 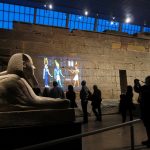 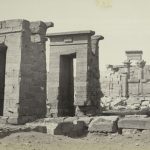 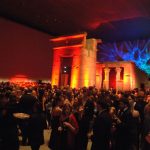 The original construction was dismantled and removed from its original site in 1963, and the relocation was executed as per UNESCO project. The construction of the Aswan dam posed a threat to the temple as the site would get washed away by Lake Nasser, as a result of which the temple was relocated.

In recognition of America’s initiative to save many structures from the dam’s threat, the Egyptian government presented the temple to the USA in 1965. The total weight of the stone blocks of the temple was more than 800 tons, and they were loaded in 661 crates and shifted to America.

Several institutions bid to house the temple, and this competition was termed as the “Dendur Derby” by the press. Many suggestions were proposed to re-erect the temple on certain riverbanks, which were discarded because it was felt that the outdoor conditions might affect the sandstones of the temple. The temple was finally granted to the Metropolitan Museum of Art in 1967, and in 1978 it was installed in the Sackler Wing of the museum.