The ancient Hindu Temple of Preah Vihear, constructed during the reign of the Khmers, is located in the Dangrek Mountains in Thailand at an elevation of 1,722 ft. The site is well preserved because of its remote location, providing a spectacular view across the plain.

The Preah Vihear temple has one of the most impressive settings among all the temples whose construction date back to the Khmer Period. The temple combines the various elements of different architectural styles as it was modified by the successive Khmer rulers. It is an architectural complex comprising a series of sanctuaries that are interconnected by pavements and staircases on a long axis. The origin of the Prasat Preah Vihear can be traced back to the 9th-century when its construction was started by Yasovarman I (889-910 AD). However, most of the temple remains are from the 10th-century when Koh Ker was the capital city of the Khmer Empire. Even though some aspects of the 10th-century Banteay Srei architecture are seen today, most of the construction work was done during the rule of Suryavarman I and II in the 11th-12th centuries. The Buddhists converted the site for their use following the decline of Hinduism.

In the modern era, the Preah Vihear Temple captured the attention of the outside world. An ownership dispute arose between Cambodia and Thailand following the Franco-Siamese Treaty in 1904 and 1907 that demarcated their common border. Since the withdrawal of the French forces from Cambodia, the temple and its adjacent areas had become a political issue with both Thailand and Cambodia trying to enforce their claim. However, in 1962, the International Court of Justice ruled that the entire temple complex lies inside the Cambodian territory. 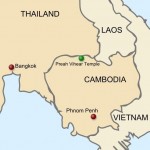 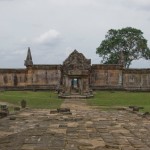 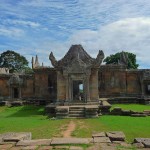 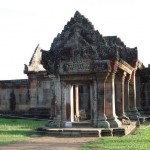 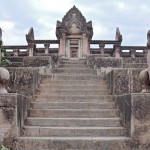 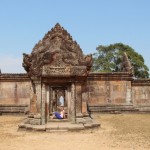 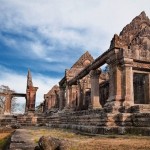 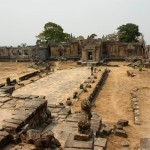 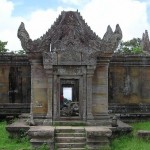 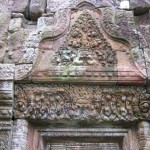 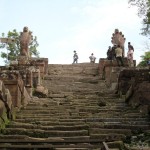 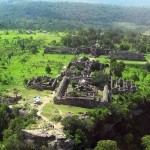 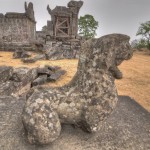 Prasat Preah Vihear, built along the north-south axis with a length of 800 m facing north, is now disconnected from the plains by the Cambodia-Thailand border. The temple complex has four levels with four courtyards and a sanctuary, whose entrance consists of five gopuras. The sanctuary is accessible through the two successive courtyards. Each of these gopuras is reached by stone stairways. The fifth gopura is in Koh Ker style while the fourth depicts Churning of the Sea of Milk. The gopuras or the palace buildings on the third level served as the residence of the King when he used to come for the prayers while the two wings served as the temporary dwelling of the devotees. The gopura on the first level is a pavilion representing Greek architecture with stone lions placed on the roof doorways.