Margravial Opera House is a masterpiece of Baroque architecture built between 1744 and 1748, in the German town of Bayreuth. The opera house has undergone extensive restoration works and is one of Europe’s few theaters of that period, which has survived through the ages. It can accommodate 500 people, where one can experience Baroque court opera culture with authentic acoustics. The opera house was built as per the plans of the French architect Joseph Saint-Pierre, a court architect of Hohenzollern margrave Frederick of Brandenburg-Bayreuth and his Prussian wife, Princess Wilhelmine. The opera house was inaugurated on the occasion of their daughter Elisabeth Fredericka Sophie’s marriage with Duke Charles Eugene of Württemberg.

The Margravial Opera House is a classic example of the Baroque court theater and has a significant role in the development of opera house design, as it was the harbinger of the big public theaters of the 19th century.

The façade of the opera house is designed in the architectural style of northern Italy. The Interior, which is made of wood and canvas, was designed by the then renowned theater architect Giuseppe Galli Bibiena from Bologna. The presence of the Margravial couple inside the opera house was as important as the performance itself, which is evident by the location and design of the court loge. The box theater was preserved intact; however, only the curtains were taken away by the Napolean’s troops in 1812 on their way towards Russia. 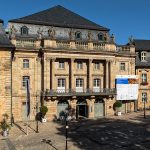 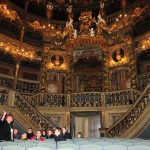 Inside of Margravial Opera House 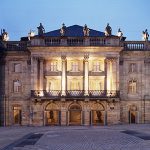 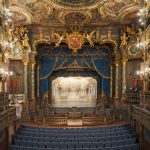 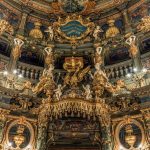 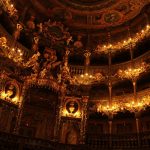 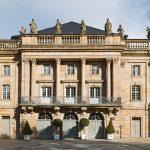 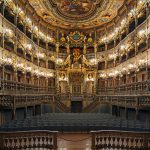 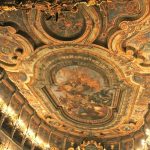 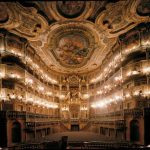 In 1737, Princess Wilhelmine established the Margravial theater company and also participated as an actor, director, and composer. At present, she appears before tourists, in a sound and light presentation. She died in 1758 and after her death, the performances stopped, and the building was no longer used.

Some portions of the 1994 film Farinelli was shot in the Opera House. Up until 2009, the theater was the location of the annual Bayreuther Osterfestival. The theater was the site of the Bayreuth Baroque festival, which used to be held on each September from 2000 to 2009, with performances by early renowned opera personalities.

In October 2012, the theater was closed for further renovation and reconditioning