Rosslyn Chapel, formally referred to as the Collegiate Chapel of St Matthew, is a famous chapel located at Roslin, Midlothian, Scotland. It is one of the most venerated and mysterious places in Scotland as there are numerous theories, legends, and myths associated with the chapel. William Sinclair, the first Earl of Caithness of the Scoto-Norman Sinclair family, founded the chapel as a Catholic collegiate church in the middle of the 15th century. There is great controversy regarding the exact date of its construction, but have been recorded to be 1446.  The aim of the college was to observe the Divine Office day and night and also to celebrate Mass for all the departed faithful souls including the expired members of the Sinclair family.

The Scottish Reformation in 1560 saw the Roman Catholic worship getting terminated, although the Sinclair family was still Roman Catholics. Public worship in the chapel ceased from that time till 1861, when public worship was again resumed according to the rites of the Scottish Episcopal Church, a member church of the Anglican Communion.

From the late 1980s, the chapel appeared in speculative theories regarding a connection of Freemasonry, the Knights Templar and the Holy Grail. The chapel remains privately owned, the 7th Earl of Rosslyn Peter St Clair-Erskine being its current owner.

The chapel is supported by fourteen pillars which take the shape of an arcade of twelve pointed arches on the three sides of the nave. The three pillars at the chapel’s east end, from north to south have been referred to as the Journeyman Pillar, the Master Pillar and the most noted, the Apprentice Pillar since the late Georgian period, although they were previously called by other names.

A series of 213 patterned stone cubes protruding from pillars and arches has attracted a great degree of curiosity among its numerous intricate carvings. Other noteworthy carvings include more than 110 carvings of human faces surrounded by greenery known as “Green Men”. Other carvings signify plants including portraying of wheat, strawberries or lilies. Some authors hypothesized that some carvings depict ears of new world corn or maize.

A descending stair at the rear of the chapel once led to a crypt which was sealed and shut for many years. The chapel served as a burial place for the Sinclair family for many generations. 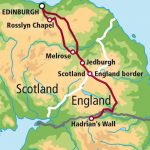 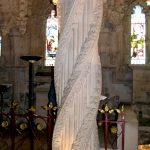 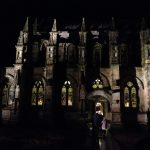 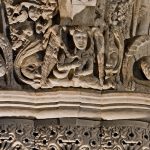 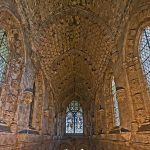 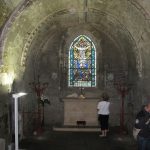 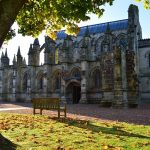 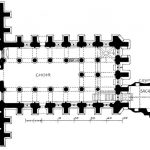 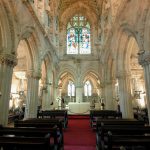 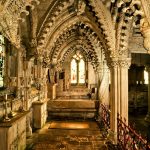 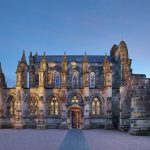 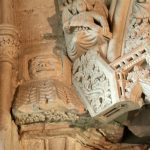 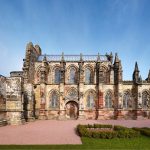 In 1592, the altars of the chapel were destroyed, and the chapel was abandoned, moving into a state of decay. In 1842, Queen Victoria visited the chapel and expressed her desire to preserve the chapel. It was in 1862 that restoration work was carried out by David Bryce on behalf of James Alexander, 3rd Earl of Rosslyn. The chapel was re-dedicated, and Sunday services started for the first time in 270 years, currently under the control of the Scottish Episcopal Church.

Between 1997 and 2013, efforts were taken for the conservation of the chapel.