Matsumoto Castle (Japanese: Matsumoto-jo) also called the Crow Castle (Japanese: Karasu-jo), is one of the oldest, iconic Japanese landmarks that was the headquarters of the Matsumoto domain. Being located in Matsumoto city, the castle is easily accessible from Tokyo by rail or road. The premier historic structure, constructed on a plain and not amid rivers or a hilltop, has preserved its black and white exterior as well as the original wooden interiors. The Matsumoto Castle was founded during the Sengoku Period when Shimadachi Sadanaga belonging to the Ogasawara Samurai clan constructed a fort in 1504. During the mid-16th century, the fort was ruled by the Takeda clan, and few years later, it came under the authority of Tokugawa Ieyasu. The rule of Matsumoto castle was placed under Ishikawa Norimasa when Ieyasu was transferred to Kanto. Ishikawa along with his son Yasunaga constructed several parts of the castle including the Watari Tower, the small tower, and the keep. It is believed that the construction of the entire castle including the residence, gates, moat, baileys, Tsukimi Yagura, and the castle sub-floors were completed in 1593-94.

Since the foundation of the Matsumoto Domain by the Tokugawa shogunate, the castle was reigned over by 23 Matsumoto lords representing different daimyo families. It remained the stronghold of the Matsumoto Domain for around 300 years until the feudal system was abolished during the Meiji Restoration. It was often called the Karasu-jo since its black and white roofs and walls resemble the spreading wings of a bird.

The Keep or Main Tower

It is the most important feature of the castle and can be entered by passing through a minor keep known as Inui Kotenshu (situated towards the northwest). Even though the minor donjon appears to be structurally independent, it is connected with the main tower through a roofed passageway (Watari-yagura). The first and second floors are supported by 10 round pillars while the upper floors are held up by 12 pillars. 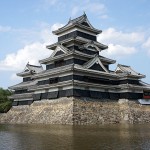 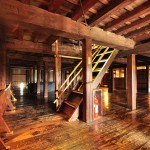 Inside of Matsumoto Castle 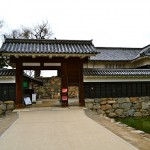 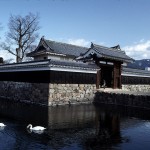 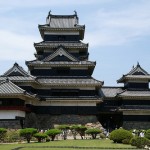 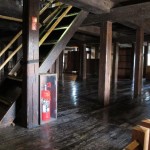 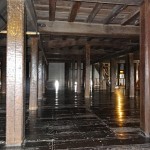 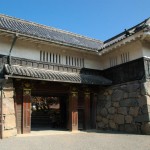 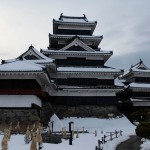 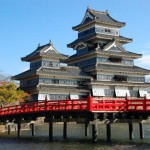 Matsumoto Castle Seen from the Bridge 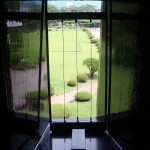 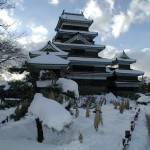 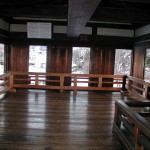