Lumbini, the Birthplace of Lord Buddha Historical Facts and Pictures

According to Buddhist tradition, Lumbini is the place where Gautama Buddha, the founder of Buddhist religion was born in 563 BCE. It is the most sacred place of the Buddhists and is a world-renowned pilgrimage site. The holy site houses many monuments, monasteries, and numerous temples which include the famous Mayadevi temple.  There is a museum as well within the holy arena. In Gautama Buddha’s time, Lumbini was located between Kapilavastu and Devadaha, both of which are in Nepal.

A pillar, erected by the people in charge of the garden to commemorate the visit by Emperor Ashoka to Lumbini, was discovered in 1896. In the same year, Nepalese archeologists discovered a large stone pillar, which according to the German archaeologist Fuhrer, was erected at Lumbini by Emperor Ashoka. Further excavations at the Mayadevi temple have revealed the existence of an older timber structure, which was built during the time of Ashoka. 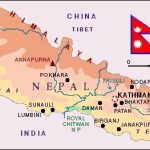 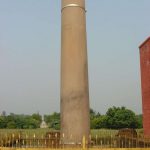 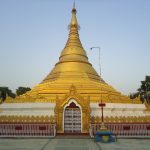 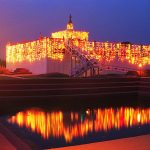 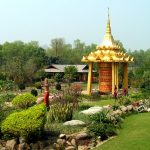 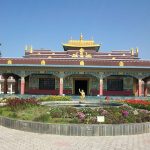 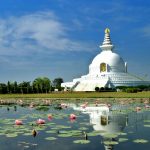 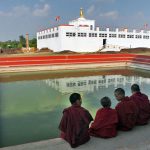 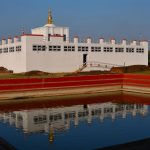 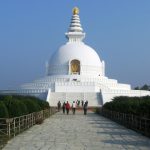 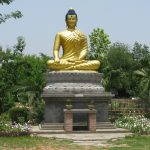 Statue of Buddha in Lumbini 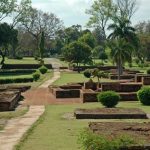 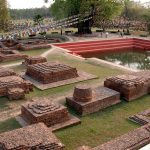 At present, the Holy Lumbini site is 4.8 km (3mi) in length and 1.6 km (1 mi) in width. The holy site contains a sanctified Bodhi tree along with ancient monasteries. Within the consecrated arena is the sacred pond “Puskarini,” where Buddha’s mother Queen Mayadevi took the ritual dip before his son’s birth. It is the place where Lord Buddha had his first bath. The area is surrounded by a monastic zone in which only monasteries can be built. No shops, hotels or restaurants are allowed inside the place.