Gibbs Hill Lighthouse is a famed tower located in Bermuda and one of the first lighthouses in the world to be made of cast-iron. It is taller than the St. David’s Lighthouse, which is another famous lighthouse in Bermuda. The cylindrical tower featuring a balcony and lantern attracts thousands of tourists each year. Its optic comprises a 1904 Fresnel lens that revolves on steel bearings. The construction of the lighthouse started in 1844 under the supervision of Royal Engineers. Since its inception, the light was operated by hand. It was made fully automated only in 1964, and now runs on electricity. In 1987, a radar antenna for shipping vessels was installed on the top of the lighthouse supported on a steel space frame.

In 2003, Hurricane Fabian did not cause any damage to the radar and the frame, even though the oscillatory movement of the tower caused two gallons of mercury to spill out of the supporting trough. In 2004, the Fresnel lens was repaired, and the mercury was replaced with steel bearings.

One needs to climb 185 steps to reach to the balcony at the top of the lighthouse to enjoy a panoramic view of Bermuda. There are adequate resting places while climbing the stairs. The lighthouse comprises of eight floors exhibiting description as to how the tower was built with information regarding the history of Bermuda. A 1000 -watt bulb is placed inside the revolving lens at the top of the tower. Shipping vessels are able to see the beam of light it emits from a distance of 40 miles. The beam of light is visible to the airplanes from 120 miles away and from a height of 10,000 ft. The kerosene lamp which was used initially was replaced by the electric bulb. 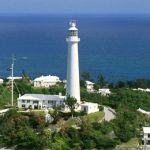 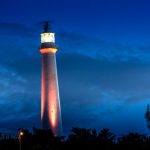 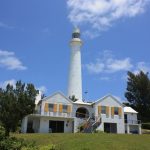 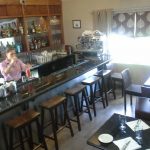 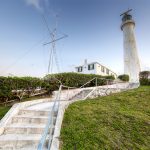 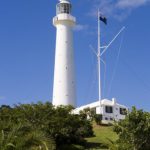 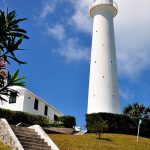 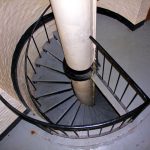 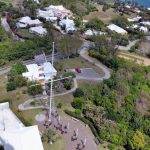 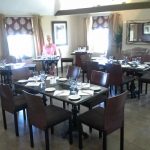 In the earlier times, ship wreckages were common due to the presence of hidden reefs around the Bermuda Island. The lighthouse was erected to assist navigate the ships so that wreckage of ships could be reduced. The construction of the lighthouse is considered as a milestone in the history of Bermuda.